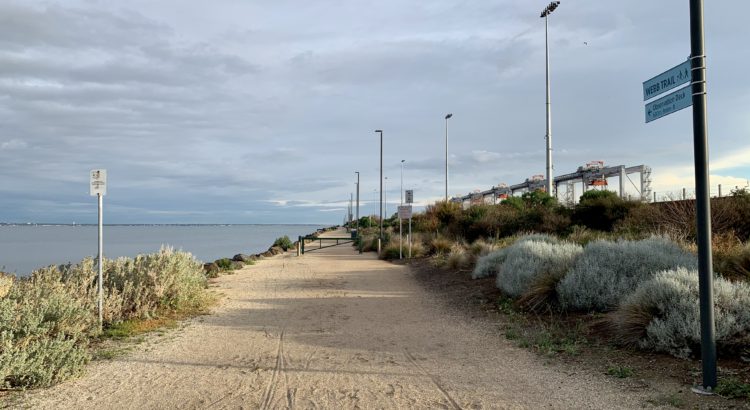 Melbourne cup weekend has finally arrived and I was eager to go out and catch some big reds down at Port Melbourne Webb Trail.

Well, we were hopeful as a couple of days ago a few mates we’re reeling them in during dusk and overnight on Pilchard. So we thought we’ll take our chances and see what we come back with.

Port Melbourne Webb Trail is approximately a 15 to 20-minute drive from the Melbourne CBD and is a great location for anyone who doesn’t want to travel far.

The fishing here can be done all year round and we have previously caught Australian Salmon, Flathead, and Snapper. Depending on the time of the year you can expect to find big snapper swimming around and with a bit of luck, you can land one or a few.

What did we use?

As we were predominantly chasing snapper the rig majority of us set-up with was a modified paternoster rig with double circle hooks from size 3/0 to 5/0.

Previously we had caught Flathead in the same location and just in the hopes a Flathead was laying around ambushing any unsuspecting prey. We rigged a few of the rods up with a running sinker rig.

The bait of choice on the afternoon was Pilchard and Squid cut up to suit the size of the hook. Nothing too special was used and we kept things simple with a spinning rod and reel combo spooled up with either straight mono-filament line or braid mainline and fluorocarbon leader.

The timing was right as we fished at dusk on a run in tide approximately 2 hours leading up until high tide. However, we had plenty of small bites from a lot of undersized Pinkies ranging from size 12 – 20cm but nothing big enough for us to take home.

Leading up to high tide these guys we’re on the bite almost as soon as the bait hit the bottom. Continuously biting right up until high tide. However, during high tide and then after it felt like they completely shut off. Unfortunately, no big Snapper around this time or even the unsuspected Flathead.

The afternoon sunset was spectacular

Even though we weren’t able to bring any dinner home this time around. The small pinkies provided hours of entertainment as they attacked the bait very aggressively and put up a very strong fight on light tackle.

I’m hopeful we’ll be back sometime soon and try our luck again. But to finish the afternoon off with a sunset over the Melbourne city skyline was spectacular!