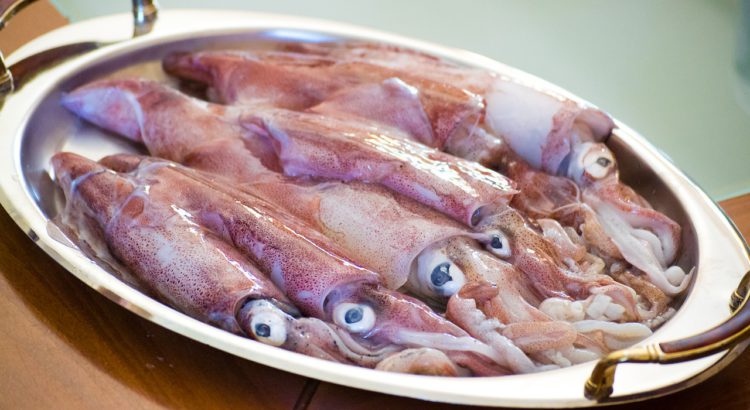 Baiting with squid can be the most effective when it comes to targeting various species. Snapper and King George Whiting are few of the many species that take squid without hesitating.

Though preparing squid before a fishing trip shouldn’t be a hard task. I’ve created a simple step by step process on how to prepare squid bait below.

1 – Squid can be bought frozen.

Squid can be bought frozen in various sizes including 200g, 400g, and even 1kg packages. These packages are frozen and before preparing the squid, I like them to be thawed. Thaw enough for a fishing session and freeze the remaining for the next trip.

2 – Remove the head and spine of the body.

Squid can be used whole on gang hooks for larger snapper. Though when it comes to targeting King George Whiting, in particular, its best to piece them into strips. Before cutting them into strips we’ll remove the head and the spine of the body. Simply pull these apart with your hands.

3 – Slice squid in half and into strips for ease of hooking.

Once the head and spine have been removed we’ll slice the main body vertically down the middle to create two halves. From these halves, we’ll then cut them into strips.

4 – Store into a container and then into an esky filled with ice or an iceblock.

Once the strips have been prepared I like to then store them into a plastic container for ease of use while fishing. Keep the bait fresh by storing into an esky filled with ice or an iceblock.