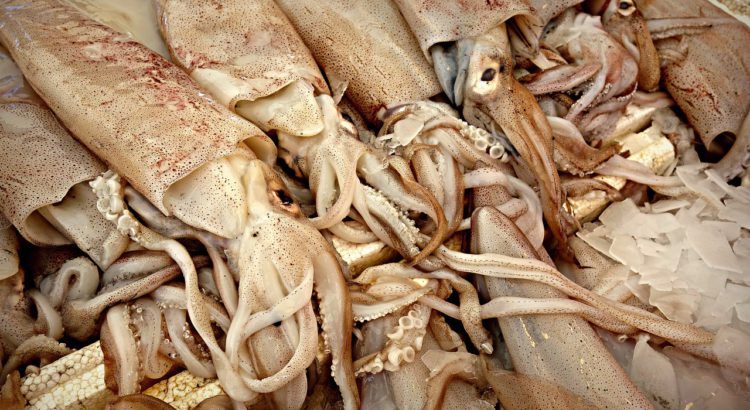 Squidding can be some of the most fun saltwater species to catch but not only that but also eat! From my favorite stuffed calamari to the basic calamari rings. So, today we’re going to talk about how to catch a squid from land-based fishing.

In particular, the species of Squid I’ll refer to in this article is the Southern Calamari. These guys are some of the most common squid species caught in the southern parts of Australia and are available year round.

Squid fishing or squidding a better term for it is a great way to get into lure fishing. As squidding often requires using squid jigs that imitate prawns/baitfish and require certain techniques to work the jig.

When it comes to land-based squidding look for structure where squid can feed and find shelter against bigger predators. Squids are ambush predators and hunt baitfish, prawns, and crabs. Locate areas where these prey inhabit as you’ll find squid closely by.

Squid are commonly found in both estuaries and inshore waters of Port Phillip Bay. Often found amongst reef beds, jetties, rock walls, and both man-made and natural structures.

A handy tip to be aware of when locating squidding hotspots is to look out for squid ink markings on jetties or rock walls. These almost always indicate a fresh squid has been caught by other anglers.

Jetty’s or piers with lights attract squid at night and draw them closer. A perfectly great example of this is the Mornington pier which is a popular hotspot for squidding.

When it comes to targeting squid generally the best time to target these guys is either early mornings or late evenings. Similar to fish, within these hours squid are predominantly more active.

However, squid can be caught throughout the day and often anglers target squid overnight. As for tide conditions, Ideally, high tide can be more productive as I’ve noticed squid get on the bite more frequently.

But in saying that, they can also be caught during low tide if the water is deep enough for baitfish, crabs, and prawns to feed in. Tide condition and success rate of catching squid are often dependent on the location also.

What type of set-up do you need for Squidding?

Squidding is best done with a lightly weighted setup with rods ranging from 7’’ to 9”. Longer rods are best utilized around rock walls and jetties. Squidding purpose built spin rods are available on the market and have plenty of action to work squid lures.

Couple your rod up with a 2000 – 3000 size spin reel spooled up with a 10 – 12 lb braid and a similar break strength fluorocarbon leader line. Squid will take both lures and baits. However, squid lures are preferable over baited squid prongs or spikes.

If optioning to use baited rigs then this is best done with a squid prong or spike underneath a float Similar to my example below. Fresh baitfish such as whiting, Pilchard, Sauries, and Herring work well. Securely feed the bait fish onto the spike and attach it to the remaining rig.

Whenever using a float for squid always wind in the slack and look for the float to submerge. Once this goes under the majority of the time you’ll have a hookup. Slowly wind in the line to avoid de-hooking the squid or tearing its legs off.

Squidding with lures is often my preferred option as a ton of different lures are available in the market ranging from colours, size, sink rates and manufactures.

Squid jigs often imitate live like prawns and bait fish with attractive colours to gain attention. Manufactures such as Yamashita, Yo Zuri, and Shimano build some of the most popular and durable squid jigs.

The best way to work squid jigs is by casting and retrieving as with any lure. But you’ll be working the jig in a similar pattern and behavior as to a live prawn or injured baitfish.

In reference to VFA (Victorian Fisheries Authority) guidelines squid can be categorised amongst Sand Octopus and Cuttlefish. No minimum size limit is set within Victorian waters but a bag limit of 10 of each or combined is enforced. Please check local regulations as this may vary from state to state.