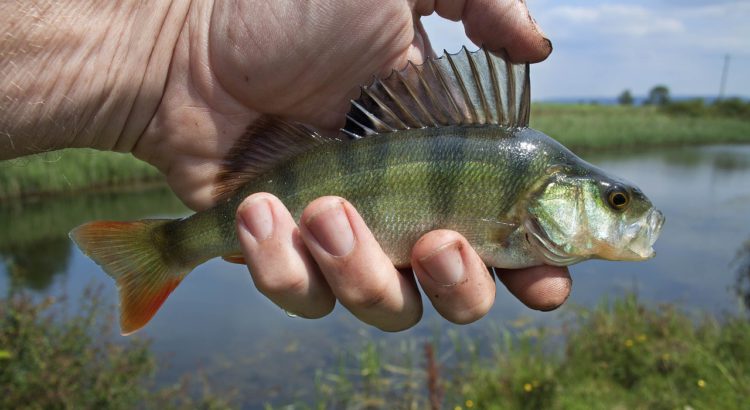 English Perch, also known as Redfin Perch are an introduced species in southern parts of Australia. From inland waterways of Western Australia, South Australia, Tasmania, New South Wales, and Victoria. Redfin, as the name suggests, is quite easily distinguished by their brightly coloured red fin tips.

First introduced in the 1860s for recreational fishing purposes now pose a threat to native fish and invertebrates. These guys have known to populate a majority of lakes, rivers, streams, and dams.

Despite, posing a threat to our local wildlife they do make good quality sporting fish as well as eating. If catching Redfin Perch it’s highly advised not to return these guys back into our local waterways.

Location and best timing of the day

Redfin Perch are one of the many freshwater species that can be easily targeted as they are distributed throughout southern parts of Australia. A majority of local lakes and dams will inhabit these guys.

Some major hot spots around Victoria include Lake Eldon, Lake Eppalock, Rocklands Reservoir, Lake Hume, and Waranga Basin. Just to name a few for us Victorians.

Redfin Perch are best targeted in the daytime and can be caught throughout with no particular set timing. However, at night you’ll rarely get bites from these guys as they will be sleeping.

What setup should you use when targeting Redfin Perch?

A lightly weighted rod and reel combo setup best suit Redfin. Generally, look for a graphite rod within the 6’6” – 7′ range rated at 2-4 kg and pair this up with a 1000-2500 class reel. Spool with either Mono or braid. Break strength of 8 – 12lb is recommended.

If using Braid for your mainline, ensure you use a Fluorocarbon leader line as braid will be highly visible. Redfin perch aren’t a very fussy fish and will take a majority of freshwater baits and lures.

Various rigs can be used when targeting Redfin Perch but my recommendation would be to use a running sinker rig. Use a lightly weighted ball sinker enough to cast a fair distance.

The hook will be determined by the type of bait and the size of the bait. Baitholder, circle or Octopus hooks will work well. As for the bait, to catch some of the bigger Redfin Perch use Yabbies, Earthworms, Scrubworms, Minnows, and Shrimp.

Often a range of different lures can be used. Anything that is highly visible creates a lot of attention in the water works well. Hardbody, soft plastics, vibes, and blades have worked on Redfin Perch.

Work lures with slow retrieves and pauses. Let the lure sink to the bottom and flick the rod up to allow the lure to work the middle and bottom water columns.

Look for a structure where these fish can be hiding anything from banks, trees, and jetties. Cast past these areas and work the lure across the strike zone. With a bit of luck, you’ll have a hook up in no time.

Within Victorian waters, Redfin Perch doesn’t have a minimum size and catch limit. As they are an introduced species and do pose a threat to our native fish and invertebrates. If caught, it’s best not to return these guys back into the water.

4 thoughts to “How to catch a Perch?”