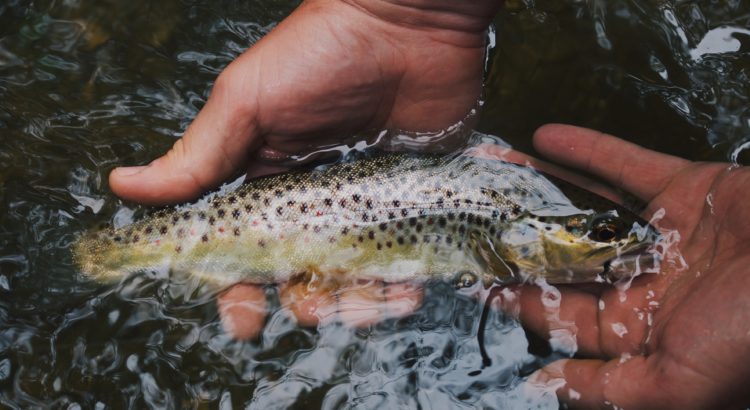 Fishing can be an exciting hobby that enables us to catch fish that we can take home and put on the dinner table. But at times fishing can also result in catching undersize or unintended species.

Safe catching and releasing methods should be practiced to ensure the fish being released has the best chance of survival. Also, what that means for us, it enables us to fish into the future.

Removing hooks safely and with the least amount of damage

When reeling in a fish and de-hooking an intended fish to be released. If possible, try to keep the fish in the water and use a hook remover or a long nosed-pliers to remove the hook.

If you’re in a situation when a fish is gut hooked. This is when a fish has been hooked deep in the throat. It’s best to leave the hook in the fishes mouth and try to cut the line off as close to the hook as possible.

The best way to prevent gut hooking a fish is by using circle hooks. Circle hooks are designed in such a way that it hooks in the corner of a fish’s mouth.

How to handle fish once caught?

When it comes to handling fish its best to keep the fish in the water as fish can suffocate without water pushing through its gills. Fish also have a slime coating on the surface of their body and if inappropriately handled the coating can be removed.

If it’s necessary to remove the fish from the water there a few correct ways to do this. Either use wet hands or a wet towel to handle the fish. Use a net without knots or whenever placing down a fish onto a surface make sure the surface is cool and wet. Lip-grips also make handling fish a lot easier and can be bought at any local tackle shop or online.

Once a fish is de-hooked release the fish horizontally into the water. If the fish has been out of the water for a little too long it can become unconscious. Prior to releasing, hold onto the fish in the water and try to push water through its gills.

This is best done by either holding onto its tail or underbelly and moving it through the water back and forth. Once revived, the fish should kick and swim away.

Redfin Perch are also strongly discouraged to be returned back into the water also as they impact our native fish populations.

How to dispatch a fish for keeping

I highly advise once catching a fish you do intend to keep. Kill it immediately and humanely. This is best done with a quick blow to the head and placing the dead fish into an ice slurry. Store it away from sunlight as this ensures the fish stays fresh and prevents the fish from going off.

Always check local regulations as most fish cannot be gutted and filleted when you’re fishing. This is to ensure catch limits and sizes have adhered too. It’s best to gut and clean a fish at local boat ramps or at home and disposing of waste correctly in general waste bins.

4 thoughts to “How to catch and release fish safely?”