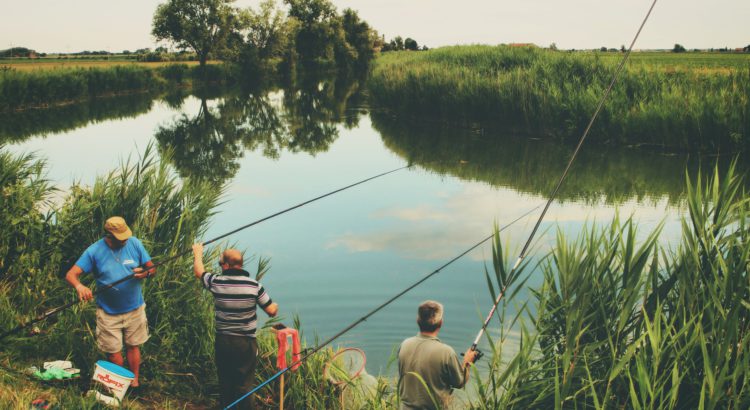 When it comes to freshwater fishing there is a variety of baits to choose from. Similar to saltwater bait fishing, the bait will be determined by the intended fish you’re targeting, location and the type of hook you’ll be using.

Freshwater fishing bait will ideally be found in the location your fishing in. Natural baits the fish are already hunting for will be a great start. As it’s naturally found in that habitat the fish won’t be as skittish.

Also in saying that, some very common household foods have been used to land a number of freshwater species. This includes bread, bread crust, chicken, corn and even cheese at times.

To help you answer what’s the best bait for freshwater fishing? Well it will be down to trial and error in the location you’re fishing in. But we’ve complied a list down below to help you get started.

Easily accessible if you have garden in your backyard and can be found almost anywhere. Dig them up and keep them alive by filling a container full of soil where you found them from.

Earthworms are best used with long shank, Aberdeen and worm hooks. Pierce them through the body a few times to ensure they’re secure before casting.

Well known to us Aussies. Basically, yabbies are freshwater crayfish. These little guys are best caught in dams and creeks and are used as live bait. Best to bait these guys from the tail end as this helps them to stay alive a lot longer.

Prior to fishing and while fishing these guys should be kept in a bucket filled with freshwater and an aquarium air pump. Generally are very hardy and will stay alive for a long time.

Freshwater minnows can be both caught fresh or store bought. These little guys do well when targeting fish like Trout, Redfin and Bream.

Great little baits as various methods can be used while fishing with minnows. Either use them on a float to target the top water column or use a paternoster or running sinker rig for the bottom water column.

Grubs or also known as maggots aren’t the most appealing bait in terms of looks but are super effective. Grubs can be collected in rotten tree trunks or bought in tackle shops.

Generally, hook grubs from the body and thread them onto your hook. Aberdeen or long shank hooks will do well with grubs just ensure the bait is secured before casting.

A very common bait we’ve used in the past is both bread and the bread crust itself. Surprisingly, bread does well in freshwater fishing. Also, we can’t forget it’s probably the most cost and time effective bait we can use.

Two ways I usually use bread. Either by breaking the crust ends off and threading them onto the hook. Or creating balls from the main part and hooking them from the hook point.

Not only they are tasty but can be used as bait. Very similar to Yabbies in the method of hooking these guys. Use either Aberdeen, long shank, circle or octopus hooks and pierce through the tail end. If fishing with live baits option for Aberdeen or long shank hooks.

Freshwater shrimps can be both store bought from a majority of tackle shops or caught fresh.